Fashion is constantly in a state of flux, hurtling towards the tomorrow while looking back at its archived past. For www.satmoura.com contributor, photographer Melodie Jeng the same rings true for the street style scene she’s captured for over a decade. Here she takes a look back at ten of her favorite moments capturing models racing between shows. 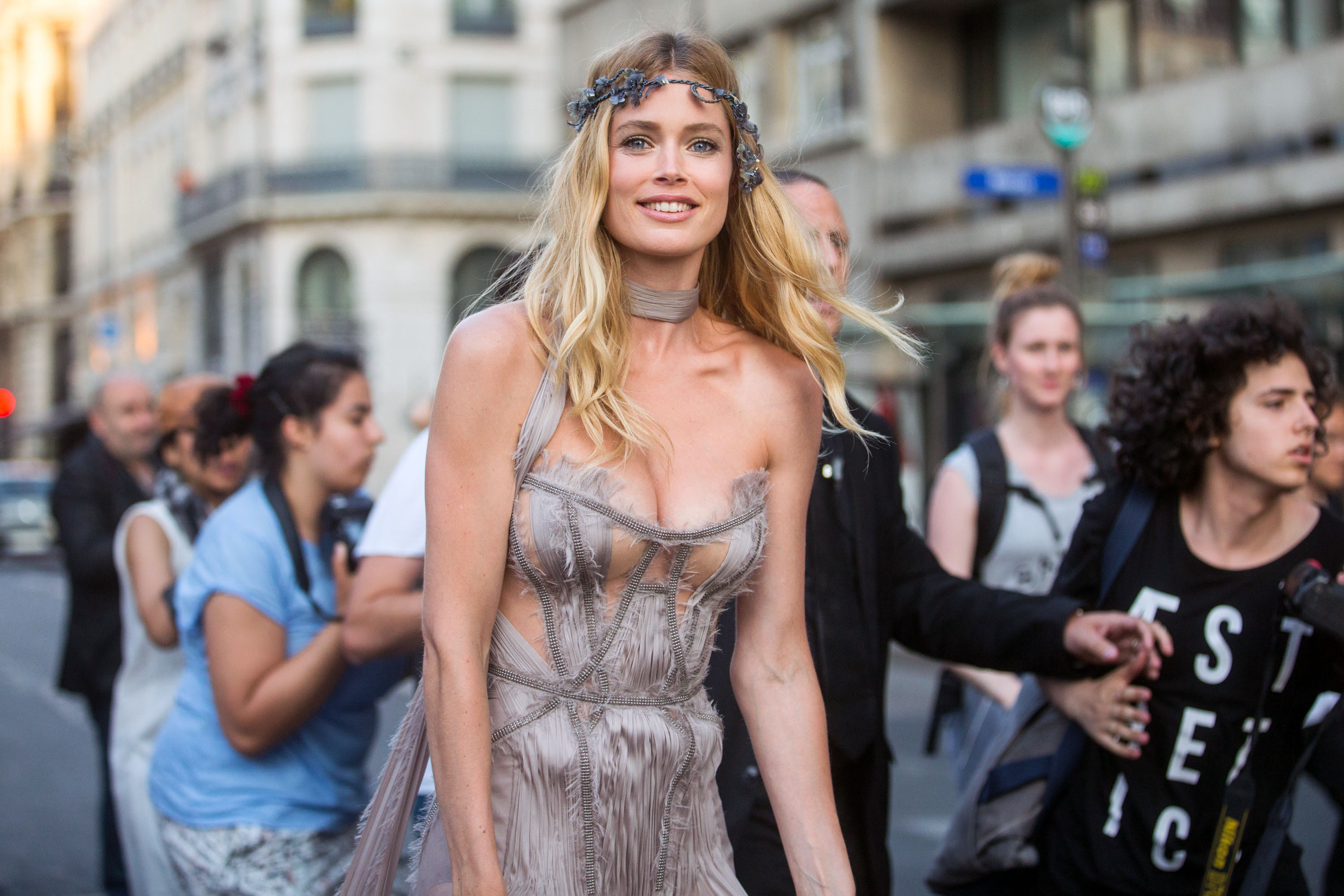 Doutzen Kroes after Versace Couture FW15, July 2015, Paris
Several top models came out after the show in their actual runway look from the show which is a rare treat. I love this photo because it captures the chaos after the show – you can see the movement and direction of fellow photographers running to get the shot. 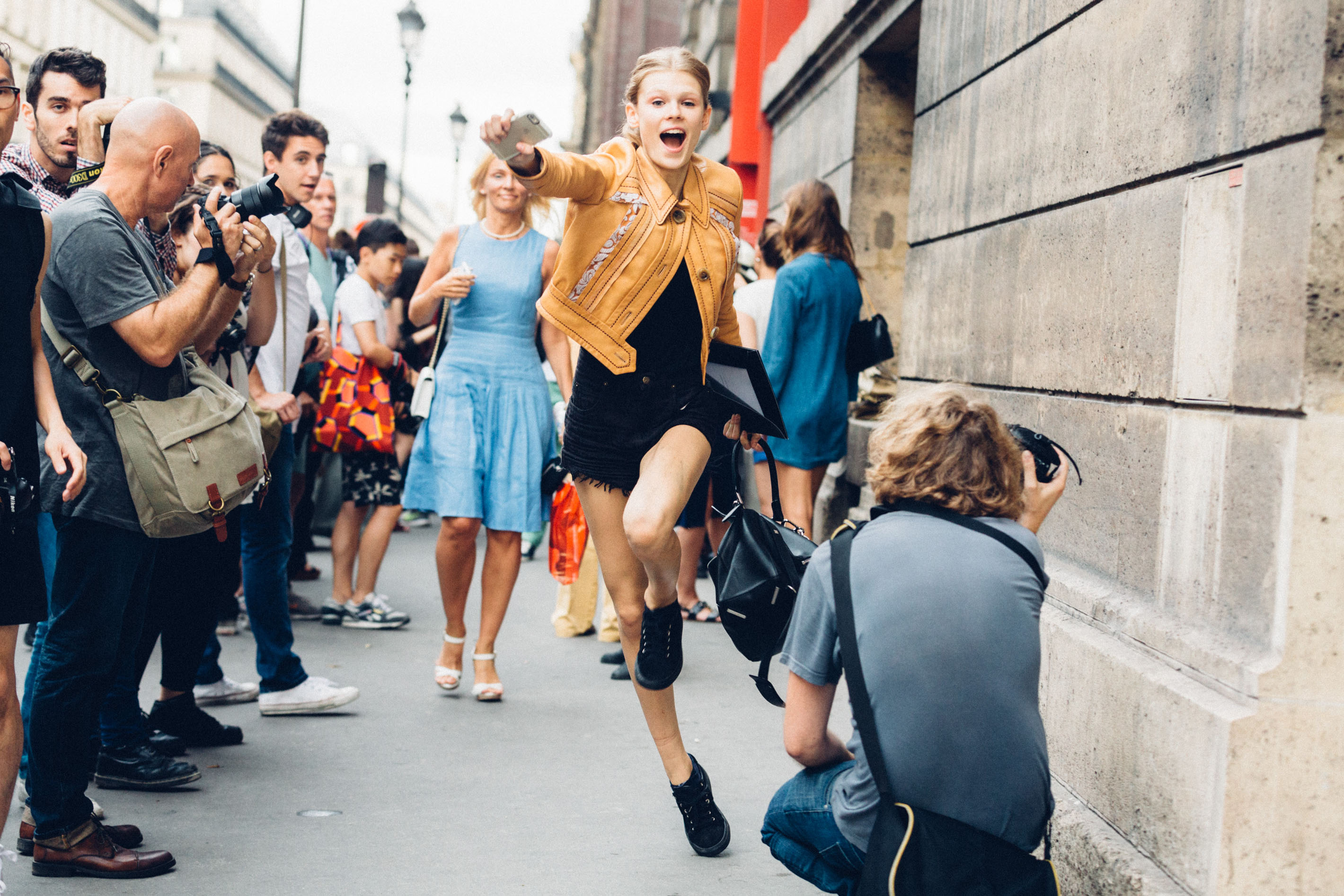 Alexandra Elizabeth Ljadov after Alexandre Vauthier Couture FW15, July 2015, Paris
Alexandra is one of my favorites to photograph – she always has great style and energy and often wears Prada. I also love the look of the people in the background and that her mom was with her as well. 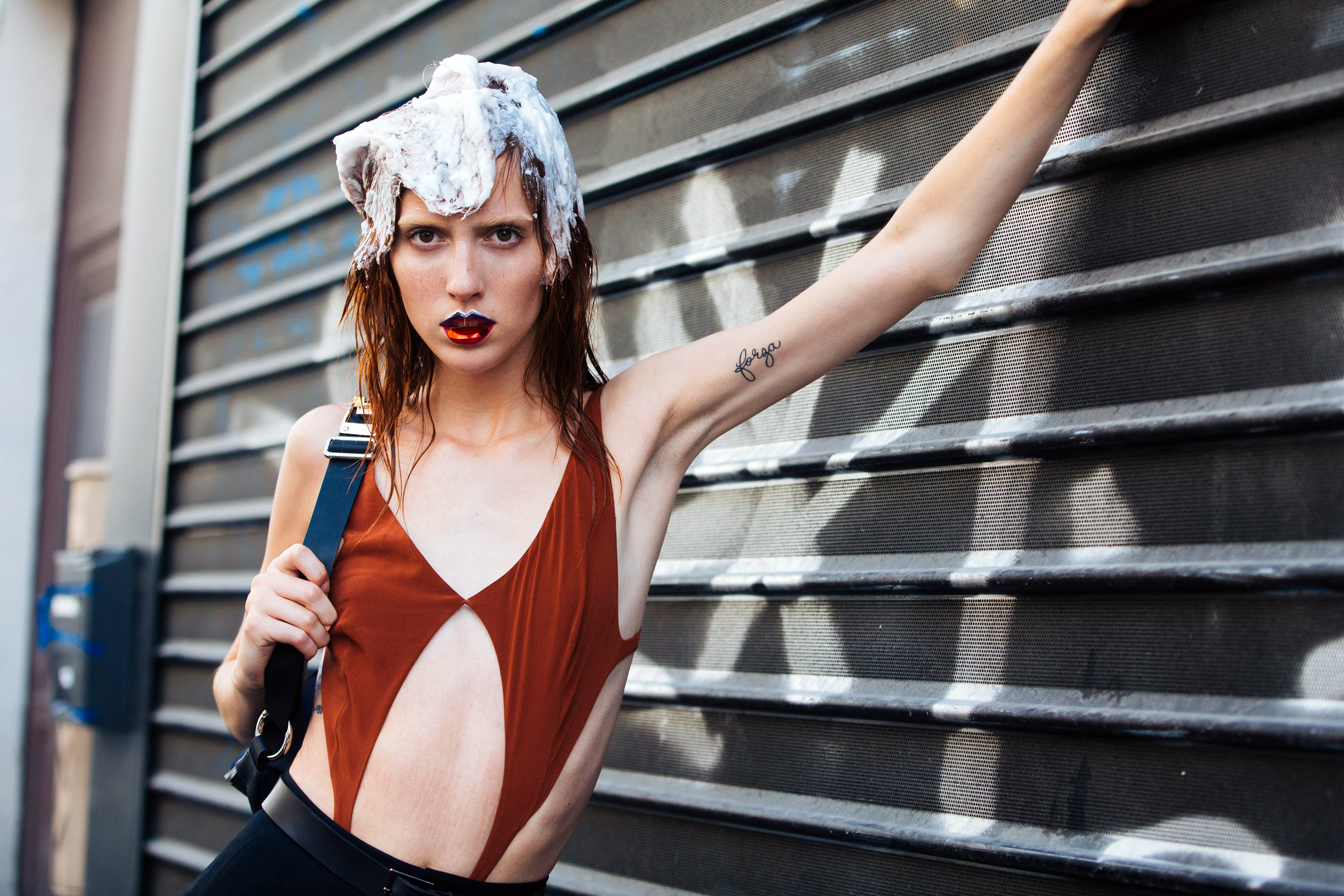 Teddy Quinlivan after Margiela Couture Fall 2017, July 2017, Paris
I have so many photos of Teddy Quinlivan – she’s a delight to shoot and gives great energy. Margiela is also one of my favorite shows to capture because of the crazy hair and makeup. I’m glad I got this quick moment with Teddy and the crazy hair – I also love her subtle “forza” tattoo. 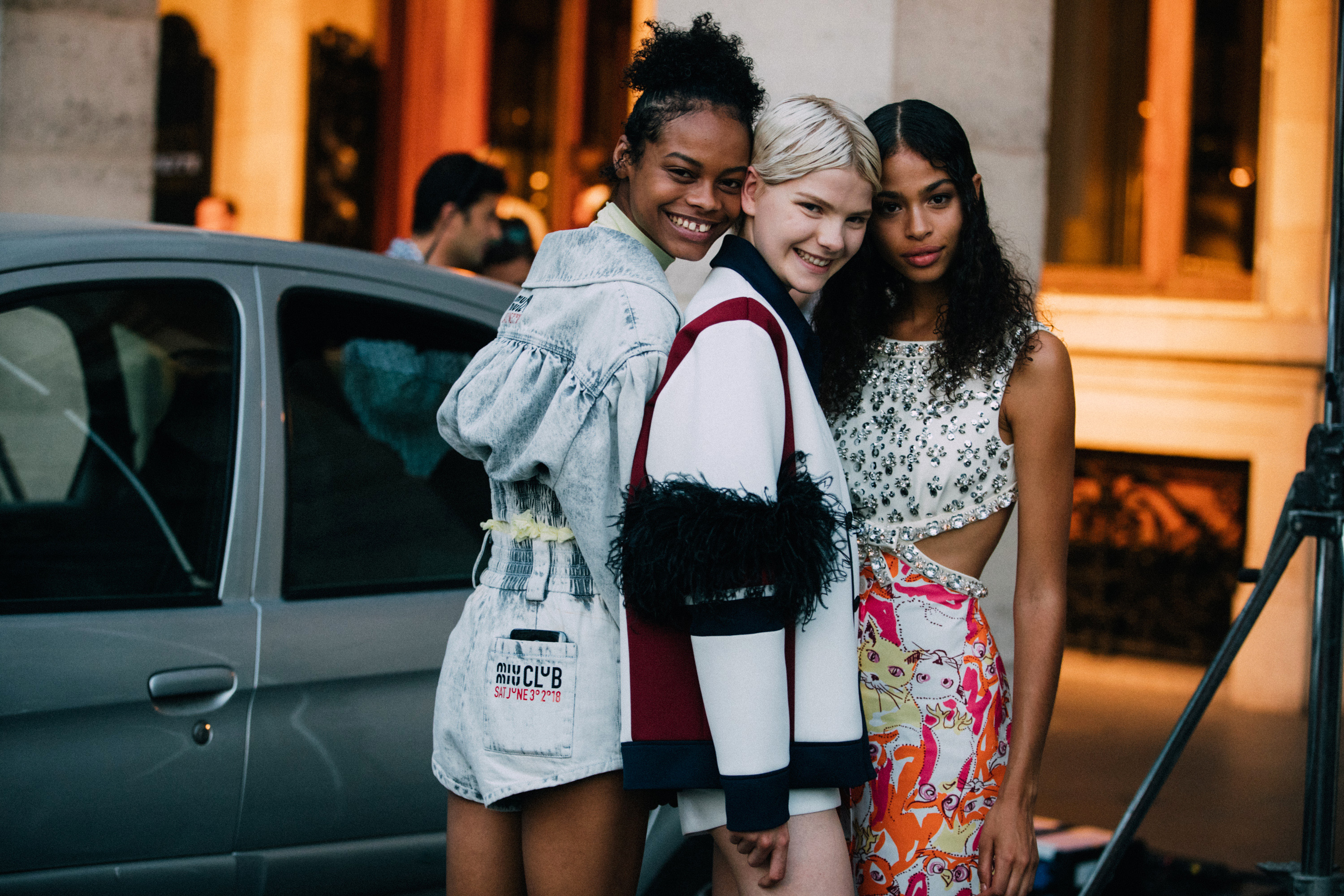 Aaliyah Hydes, Minnie Wastie, and Zoe Thaets after the Miu Miu Resort Show, June 2018, Paris
There’s something about Paris in the summer and less publicized shows like the Miu Miu Club event. I love the genuine smiles and body language of this photo. The girls were in a great mood after the show and loved their Miu Miu looks as well. 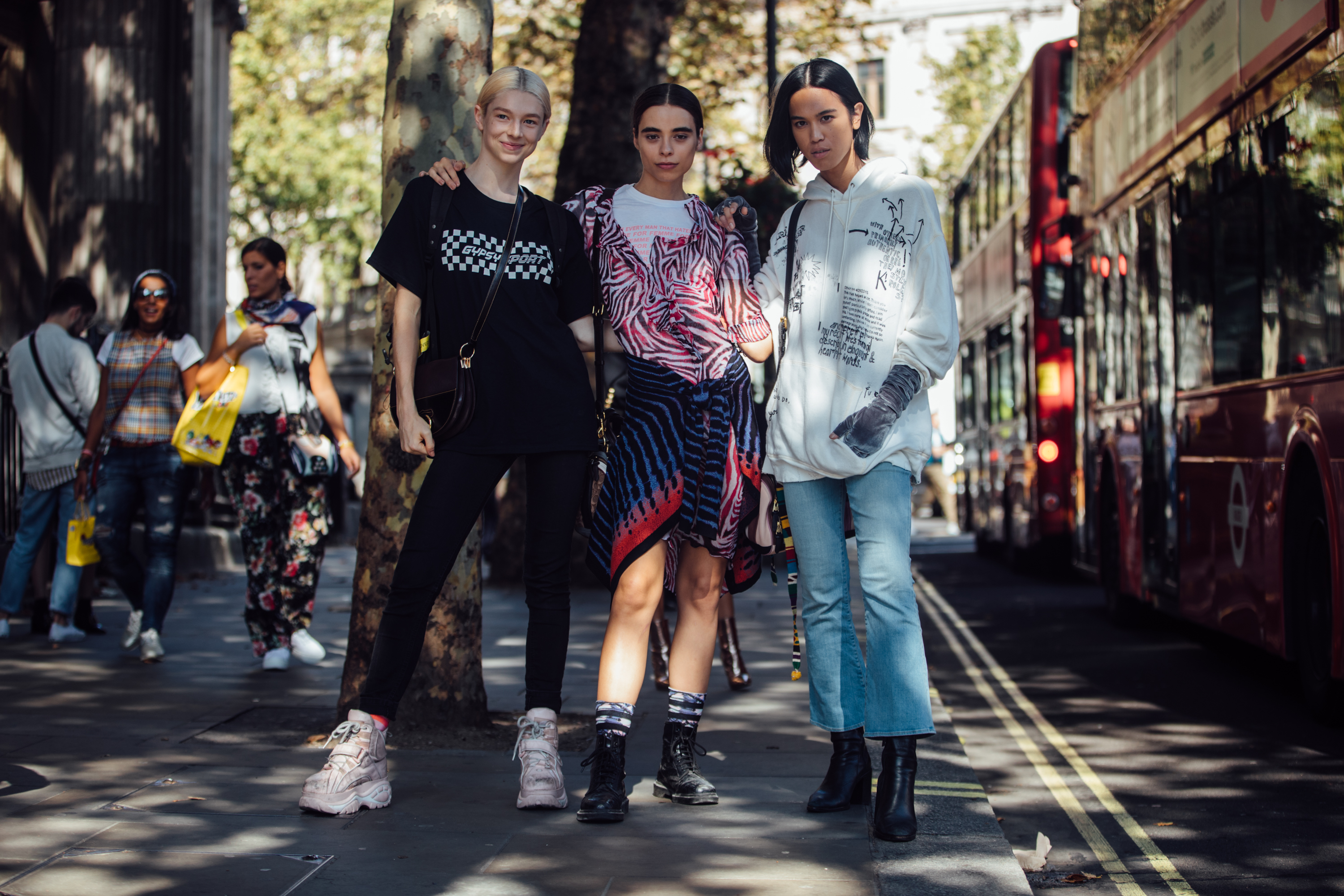 Hunter Schafer, Massima Desire, and Dara Allen after Erdem Spring/Summer 2019, September 2018, London
I was so happy to see trans models at this Erdem show. I love Massima’s print look and the messages on her and Dara’s outfits. 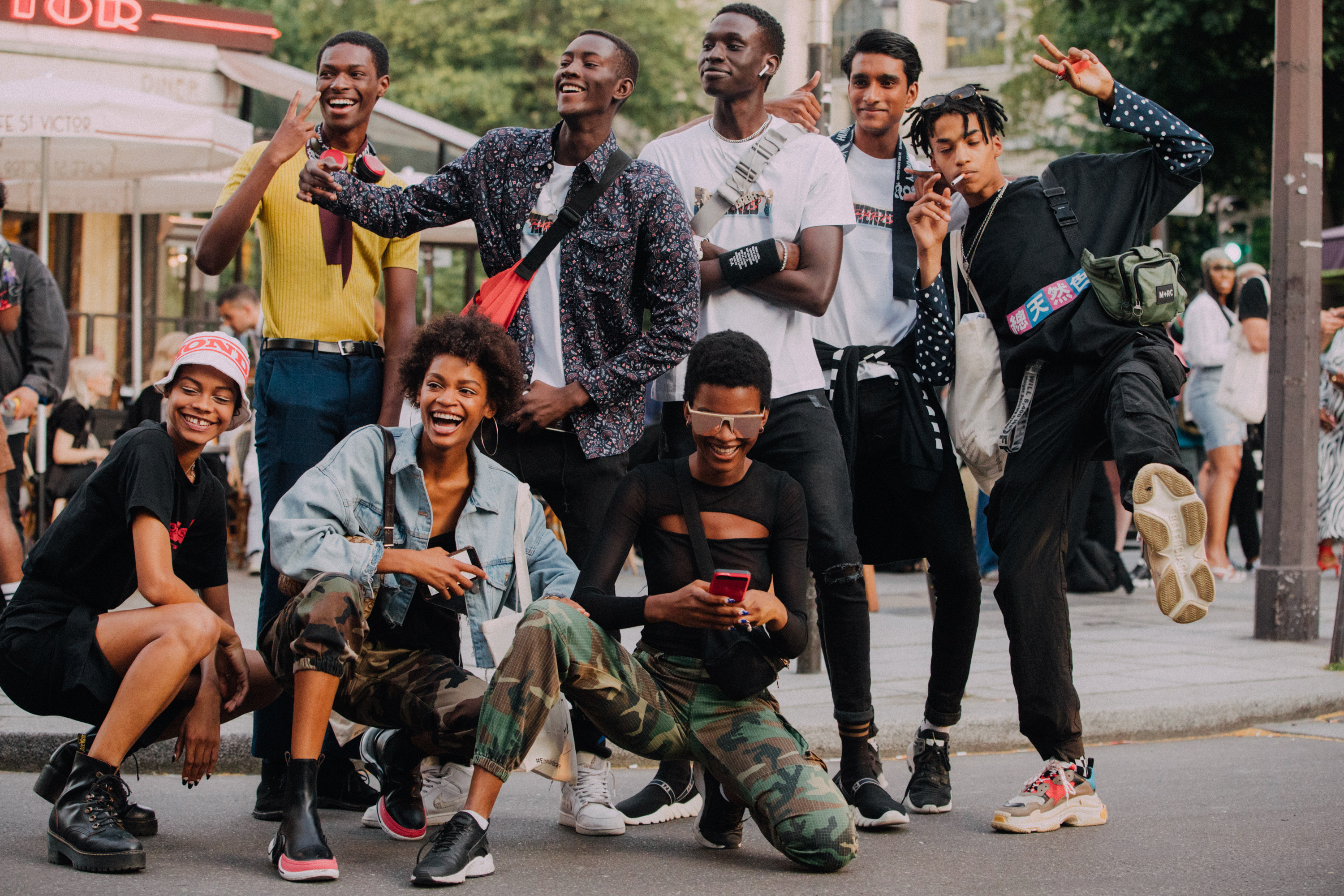 Andrew Denny, Oumar Diouf, Baba Diop, Jeenu Mahadevan, Tristan Cole, Aaliyah Hydes, Theresa Hayes, and Aube Jolicoeur after Kenzo Mens Spring/Summer 2019, June 2018, Paris
This photo was taken after Kenzo, the last show of menswear, and everyone was just in a great, relaxed mood. I love the energy of this shot and that we were finally seeing more Black and Brown models. 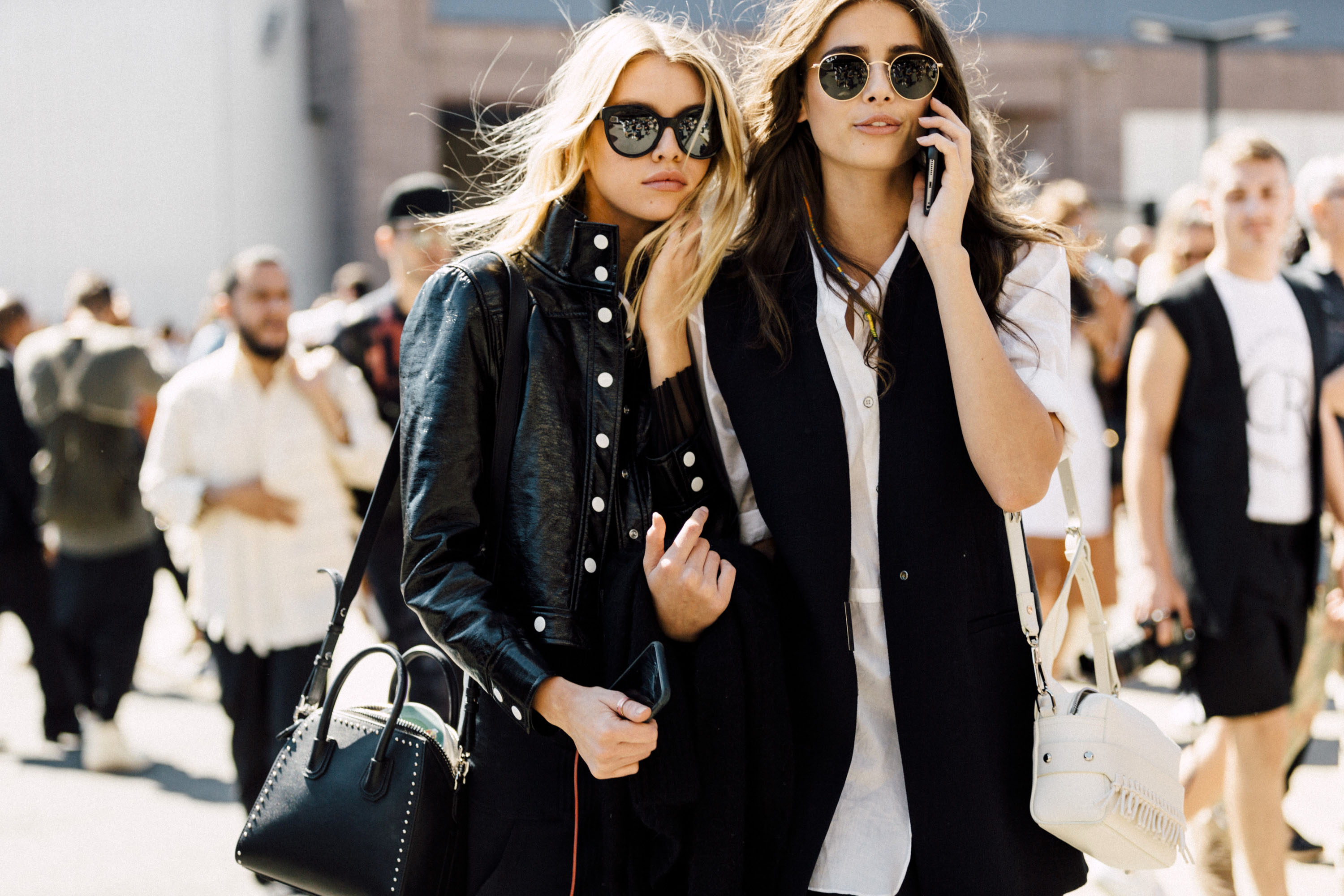 Stella Maxwell and Taylor Hill after Tommy Hilfiger Spring/Summer 2016, September 2015, New York
I love the gestures and body language of this photo. The girls were looking for their driver after the show and I think it just represents the chaos of fashion week and reminds me of a scene from a movie. 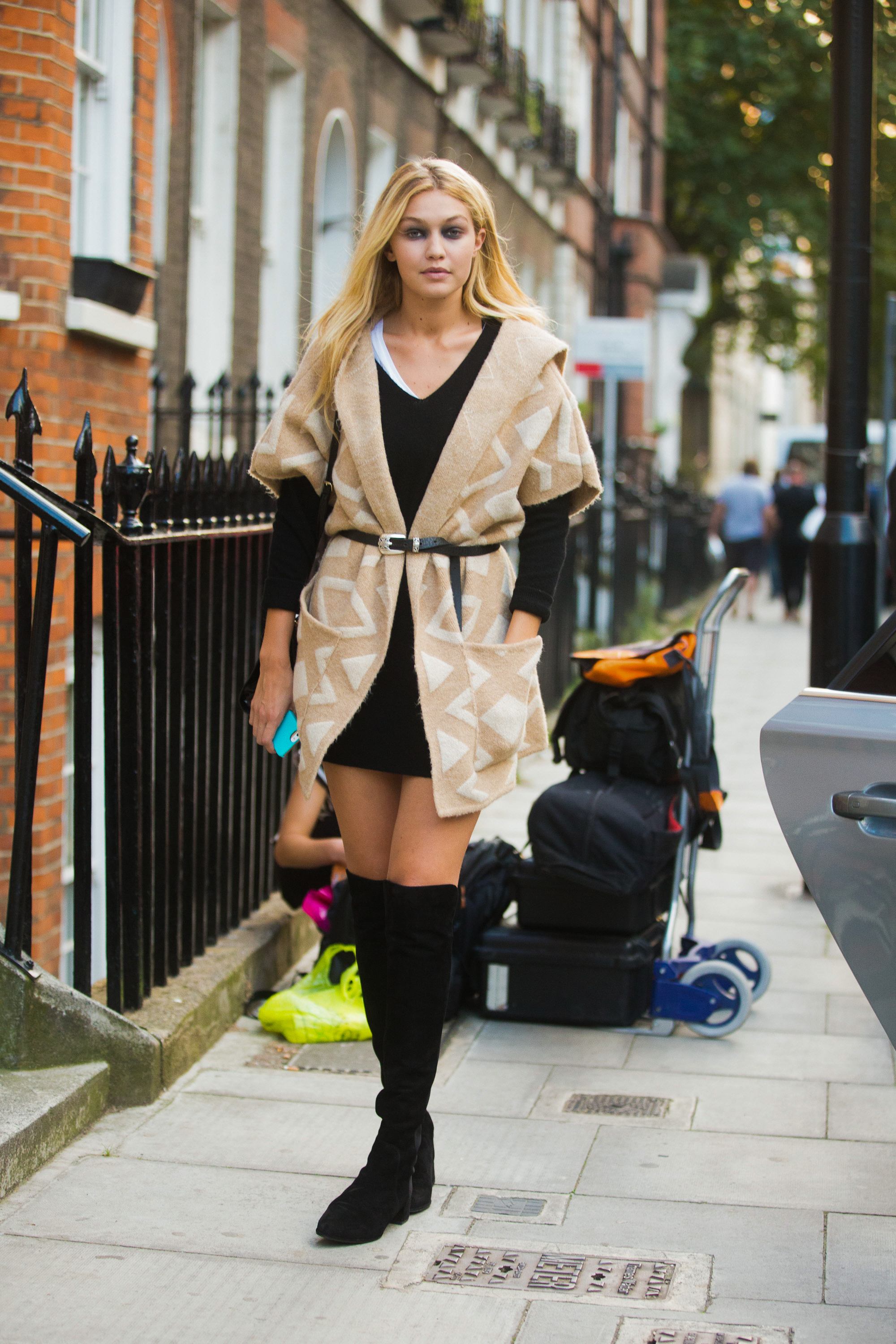 Gigi Hadid after Giles Spring/Summer 2015, September 2014, London
This is one of the first seasons Gigi was doing shows right before she blew up. I rushed over to the Giles show as I saw she was walking it via social media and barely made it before it was dark and she was hopping in her car. She was sweet and posed for a quick photo – I knew this was one of the only times I would ever be able to get a photo like this. 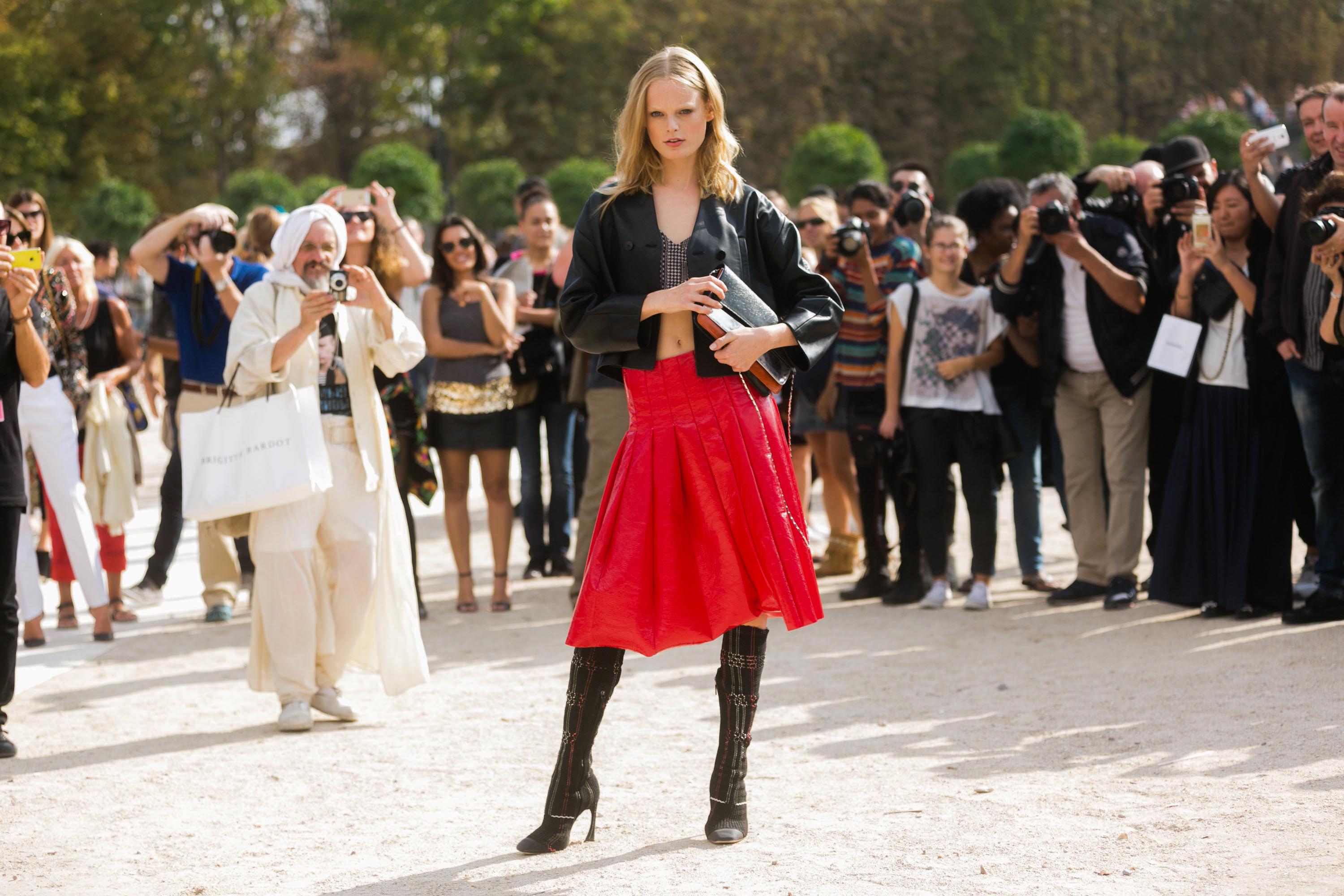 Hanne Gaby Odiele after Valentino Spring/Summer 2015, September 2014, Paris
How can I only choose one photo of the OG street style star Hanne Gaby? Not only do I love this look but that a crowd of street style photographers and tourists surrounded them for the photo representing the fun atmosphere of the infamous Tuileries Gardens. 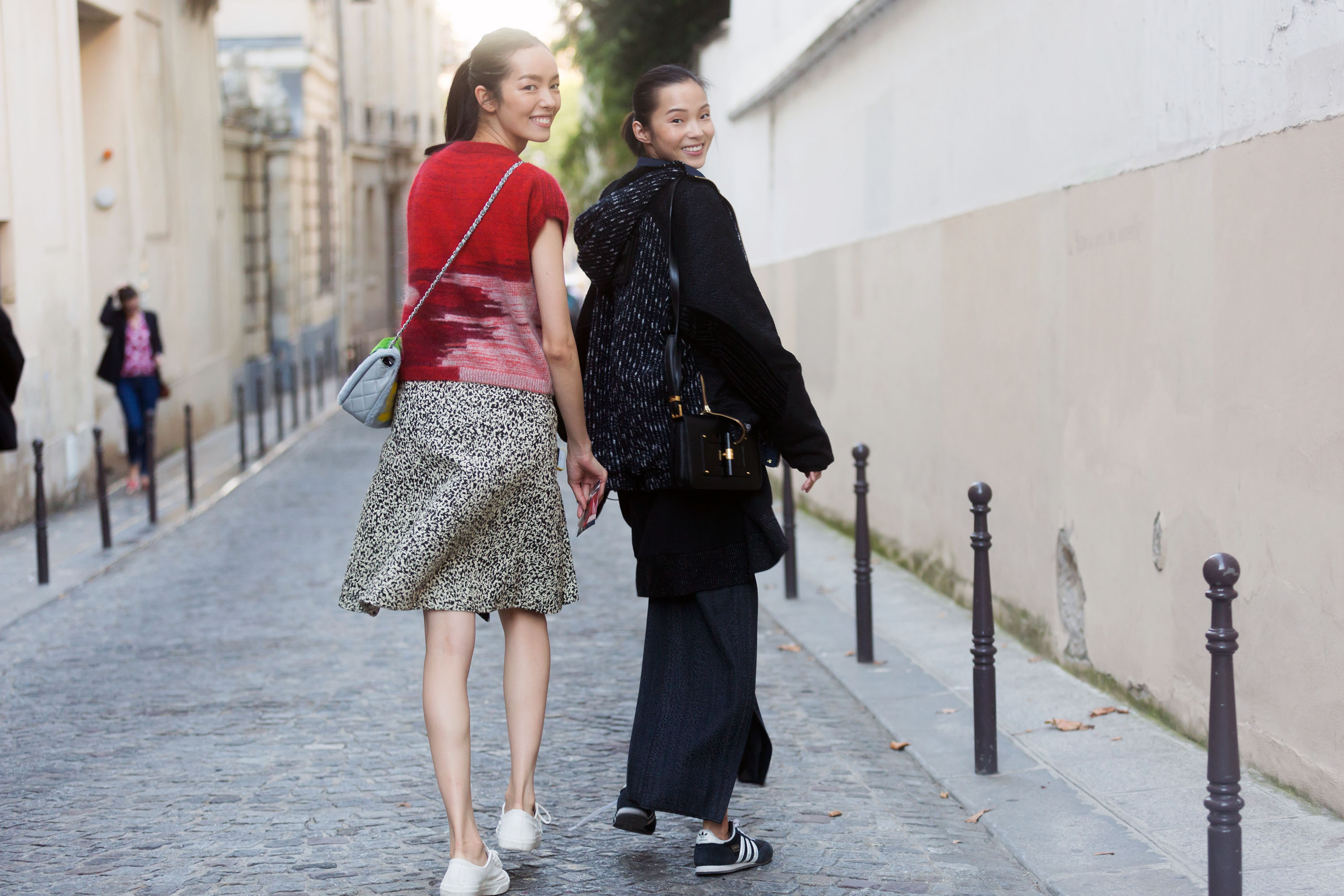 Fei Fei Sun and Xiao Wen Ju after Hermes Spring/Summer 2015, October 2014, Paris
Fei Fei and Xiao Wen were one of my favorite first models to shoot. This was taken after the last show of the season and I think the mutual look and smile over their shoulder is a nice cute farewell. Kerby to Reebok, Helmut Lang Returns for YSL and more of the news you missed